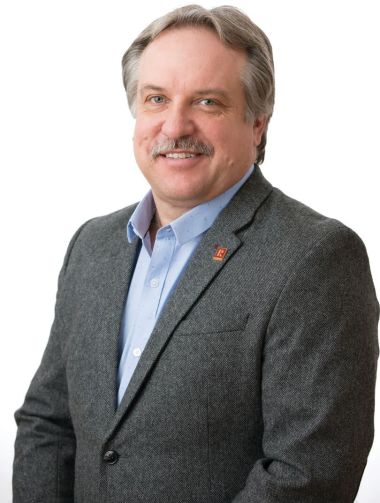 Meet Travis Olifirowich, a realtor with Coldwell Banker since 2009 and a member of the PRCC since 2019. Travis grew up in the RM of Piney, where his knowledge and affection for the area originates. Currently, Travis and his family reside in Steinbach, Manitoba, although 50-70% of Travis’ work is done within the RMs of Piney and Stuartburn. Travis told the PRCC that “it’s easier to sell [in the RMs of Piney and Stuartburn] because I know what there is to offer in the area. I know the people, they are down to earth, and I enjoy the atmosphere.” Travis has invested in the RMs of Piney and Stuartburn. In addition, he owns properties for hobby farming, rentals and a family cabin. Knowing the area has served him well beyond simply knowing how to sell. Travis’ “success in the business comes from [his] network. [His] name is well known, so people trust [him] because it’s a familiar face.”

Travis entered the realty scene after he left his five-year career in car sales. First, he pursued real estate courses to achieve his credentials. Then, in 2009 Travis sold his first home thanks to his theoretical knowledge from the courses and his practical knowledge from car sales. It didn’t take long for Travis to realize how much he preferred selling homes to cars. He remarked that previously “[he] was selling things that are constantly depreciating in value.” That was his motivation to change. “[Travis] got into real estate because [he] wanted to help people do better in the future. Usually, land appreciates in value, so it’s an investment for them as well; often with high return, so it’s a better relationship because it’s better news for the client.”

Having a solid client relationship is one of Travis’ core values. This comes with credibility and honesty. Travis explained, “honesty is essential in this business. I know a lot about what can go wrong as a homeowner, so I am always looking for those potentials when I am selling. I am the first to say ‘let’s fix the problem’ before I sell so the buyer is happy. I want to be the honest realtor, so I stand out from the rest because I tell them the good and the bad transparently. When I see something wrong, I address it even though I have lost listings because of it. Honesty is more important than money to me.” Honesty is something that Travis learned from a very successful car salesman when he was just starting in that industry. “Never lie about anything, so you’ll never have to wonder what you’ve said.”

Travis heard about the PRCC from a few other members such as Jonathan Prevost, Paul Boileau and Monique Chenier. He attended a free trial meeting and liked what he saw going on. “I was blown away when I got there because of what they were doing. They were brainstorming how to make the RM piney prosper in more ways than one. They spoke about wanting to make their own career symposium to show that there was local opportunity. That’s why I love to sell out there. They have a heart for the community. They want to make a difference.” By the next meeting, Travis was a member. What he values most about his membership is knowing who the like-minded people are in the area. He loves to see that he is not alone in his passion for the community.

A few years into his career, Travis has a dry spell. He took a look at what the newer agents were doing differently because they were selling like crazy. That’s when he realized they were advertising differently. Then he started virtual advertisements like the other agents, and his dry spell quickly subsided. That is when Travis realized the value of “learning from those who have the results you want.”