Meet Marvin Hovorka, the second-generation owner of J. Hovorka & Sons. At origination in 2016, Marvin became a member of the PRCC representing J. Hovorka & Sons. He also acted as the secretary on the board of directors until 2020. Marvin brought his wife, Doris, to Sprague in 1966 where he was a teacher in the Piney School for three years, school principal at Ross L. Gray School for eleven years and Reeve for the RM of Piney for fourteen years. Eventually, he chose to focus on his role as a business owner when his father sold his business to Marvin. When Marvin and Doris were first settling into the community, they felt a strong obligation to become involved as community members to grow the community in many directions. They were members of the former Sprague Chamber of Commerce, now the Sprague Community Club. Marvin has stayed active in the community for many decades.

Marvin told the PRCC “the best part of membership is that we are looking at issues in business on a larger scale than just a district view. We are faced with the challenges of the whole region so we can take a broader view. Our RM is very supportive and involved in our journey.” 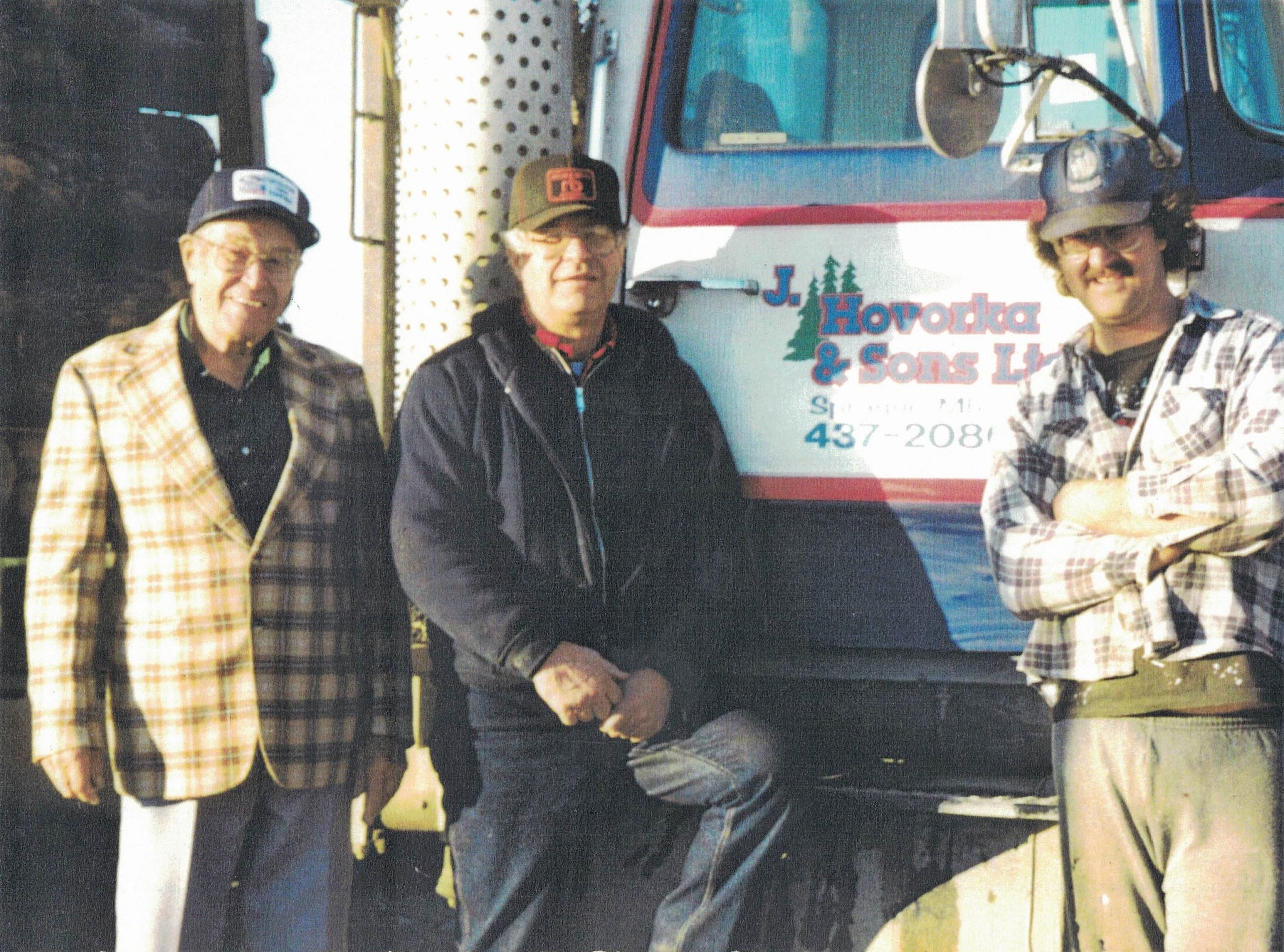 Joseph Hovorka grew up at Whitemouth Lake and worked in the trucking, pulpwood, sawmilling and farming business from an early age. He developed and expanded operations to become J. Hovorka & Sons Ltd. in 1974. The farming and Forestry business had its ups and downs throughout local and national times, however, diversifying and hard work resulted in a successful third-generation business operation. Marvin and his siblings all participated in various aspects of the business.

Marvin Hovorka, the second-generation owner of J. Hovorka & Sons Ltd. had numerous roles in the RM of Piney. He was a teacher in the Piney School for three years, school principal at Ross L. Gray School for eleven years and Reeve for the RM of Piney for fourteen years. In 1977 he purchased J. Hovorka & Sons Ltd from his father, Joseph, the original owner. Marvin and his wife Doris became involved in various community activities and organizations and are still active members today including the Piney Regional Chamber of Commerce.

Bronko Hovorka, as third-generation continues to operate the logging, trucking, and farming industry with members of his family and continued support from his parents, Marvin and Doris.