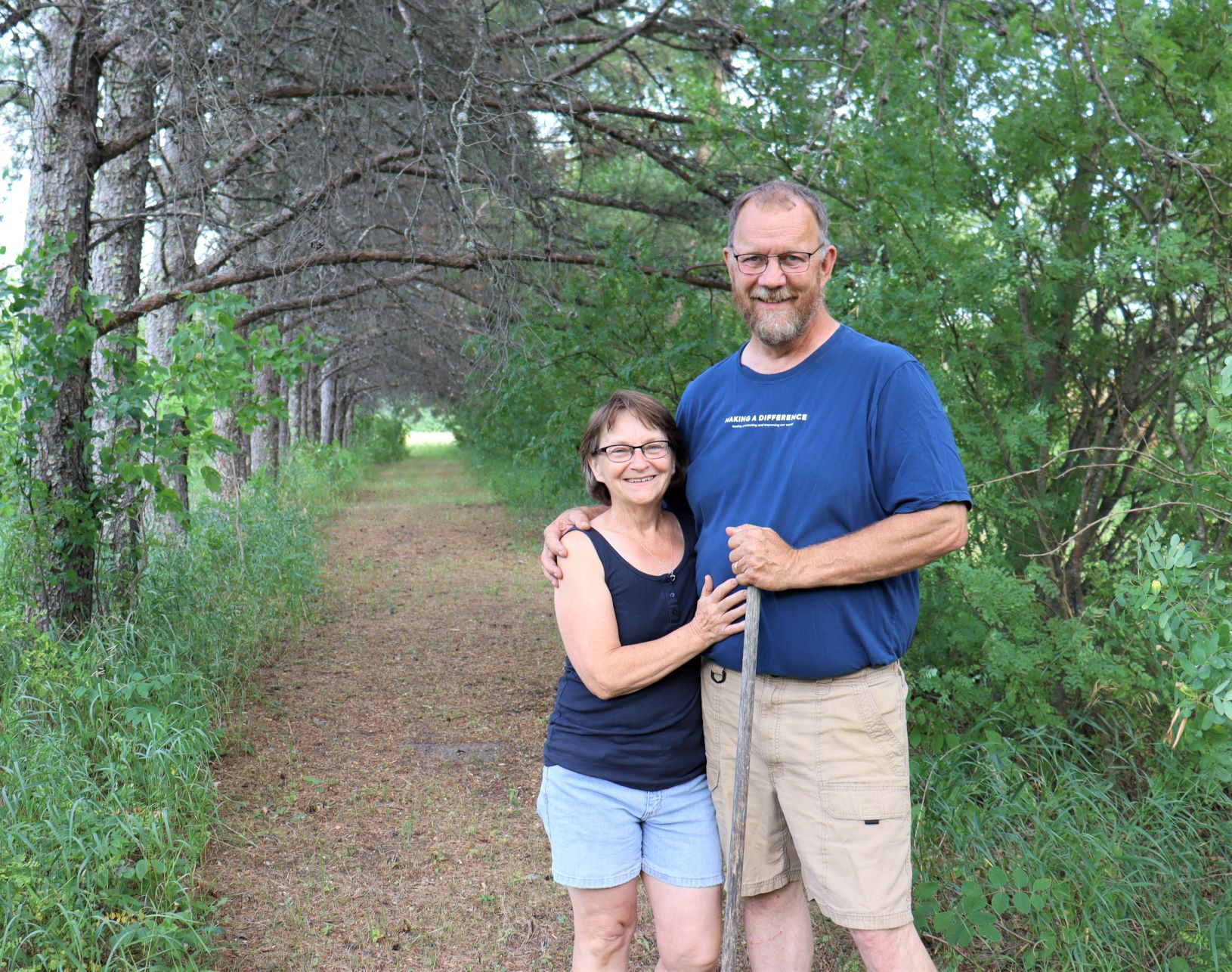 Meet John Prevost, the operations manager for the Premier Tech bog. John came into the company 35 years ago as a tractor operator. In 2000 John assumed the role he has now. Over the past 21 years, John has been responsible for overseeing all of the bog operations in Manitoba. This job entails organizing bog development, hiring operators, evaluating safety regulations and ensuring consistent and effective production. John typically works long days but can personally attest to the notion that most Premier Tech employees are long-serving for a reason. John told the PRCC, “most of our employees have been with us for over 20 years. If they leave, they’ve probably retired.” On the production front, the operations at the bog are more strategic than what you may think. “we dig perimeter ditches, so we have drainage. Once the fields are created within the ditches, we harrow the fields until it is ready to harvest with a vacuum. Then it is stored in large piles until they go to the plant. We must harvest enough Peatmoss in the summer so that we have enough to supply the plant for the entire year.”

Since 2015, John has been a huge proponent of the PRCC. He was involved before origination in some meetings when the idea came about to have a chamber of commerce. A group of interested people, including John, formed the PRCC in 2016. “There was a lot to do before any members could see any benefits as a result of membership. I have always vocalized that we need to advance membership benefits. We need people to serve the community, but there are very many rewards and benefits once you begin.” John has served on several committees over the years. He helped put together the first career symposium which PremierTech and his business, Prevost’s Perennials, attended. John was also part of the group that lobbied the RM of Piney for an economic development coordinator and a marketing coordinator, which were both successful. Finally, he also became the director for the PRCC in 2019. 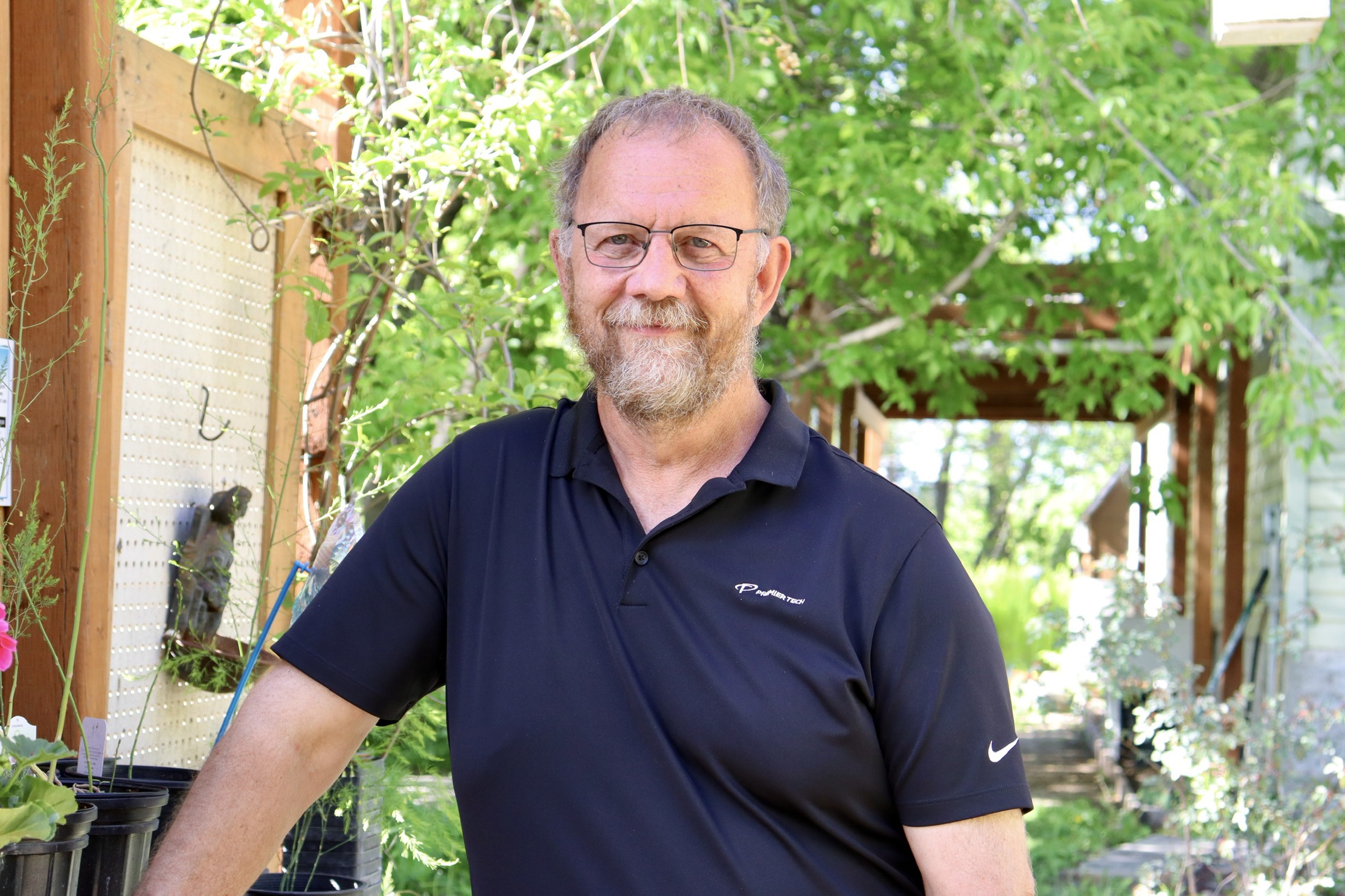 Premier Tech is an international company that produces professional-grade horticulture and agricultural products as solutions. Premier Tech is firm about its culture. John explained to the PRCC that “PT is our nickname. They have used PT in branding as PremierTech as well as ‘People and Technology.’ The slogan is ‘People and Technology making a difference,’ so we always try to set the standard higher to make a difference in the industry. We want to ensure that our products stand out above the rest of the competitors.”

In 2021, Premier Tech acquired the Jiffy Peat Moss assets, which has expanded their employment to 27 bog workers and 60 plant workers. The bogs are located on unmarked land northeast of Moose Lake, which means the commute is around an hour from the RM of Piney, where almost every employee comes from. The plant is located in Richer, Manitoba, which is another hour northwest of the bog.

One of John’s main focuses as the operations manager is safety. “For the last nine years, we have had the best safety record in the industry. This means we have had no lost time due to workplace injury.” This is just one of the ways that Premier Tech is leading the industry. Along with safety, Premier Tech sets the standards high for environmental respect and preservation, following proper permitting and regulations, communications and overall product quality.

The quality of their products is what has risen PremierTech to the top of the industry. Their plant in Richer, Manitoba, is the largest single production site in North America. This plant prepares the peat moss into their signature product, Promix.

What is peat moss?

Peat moss is the number-one growing medium across the world, and especially within the North American market. “Sphagnum peat moss is the central part of the plant used in production.” It is a living plant that grows on top of itself, with the green part on the outside that performs photosynthesis, until it grows larger, and dies from the bottom up. Once it is no longer green, it decomposes into the peat moss that PremierTech harvests. “The lower it is, the blacker it is until it becomes humus.” Different plants have different needs, which require a different grade of peat moss.

Promix is the industry standard for professional peat moss mix. “Promix is what we sell to professional growers like greenhouses because they have exact needs. Promix is also a retail mix used for home gardeners, but this is more like high-end potting soil.”

“Peat moss is the optimal growing medium because of its ability to retain moisture. Peat moss will soak up 20 times its weight in moisture. It also breathes because it's fibrous, so the plants can quickly spread and grow and promote root growth. It is benign, so it has no nutrients, allowing the plant to be in an environment with the exact amount of nutrient ratio it needs based on what gets added to the peat moss.” The process of adding nutrients to the peat moss is what happens in the plant. Everything is computer automated, so the recipes are exact to the needs of every customer. There are over 200 recipes that include adding the correct amount of every nutrient such as calcium, potassium and nitrogen.”